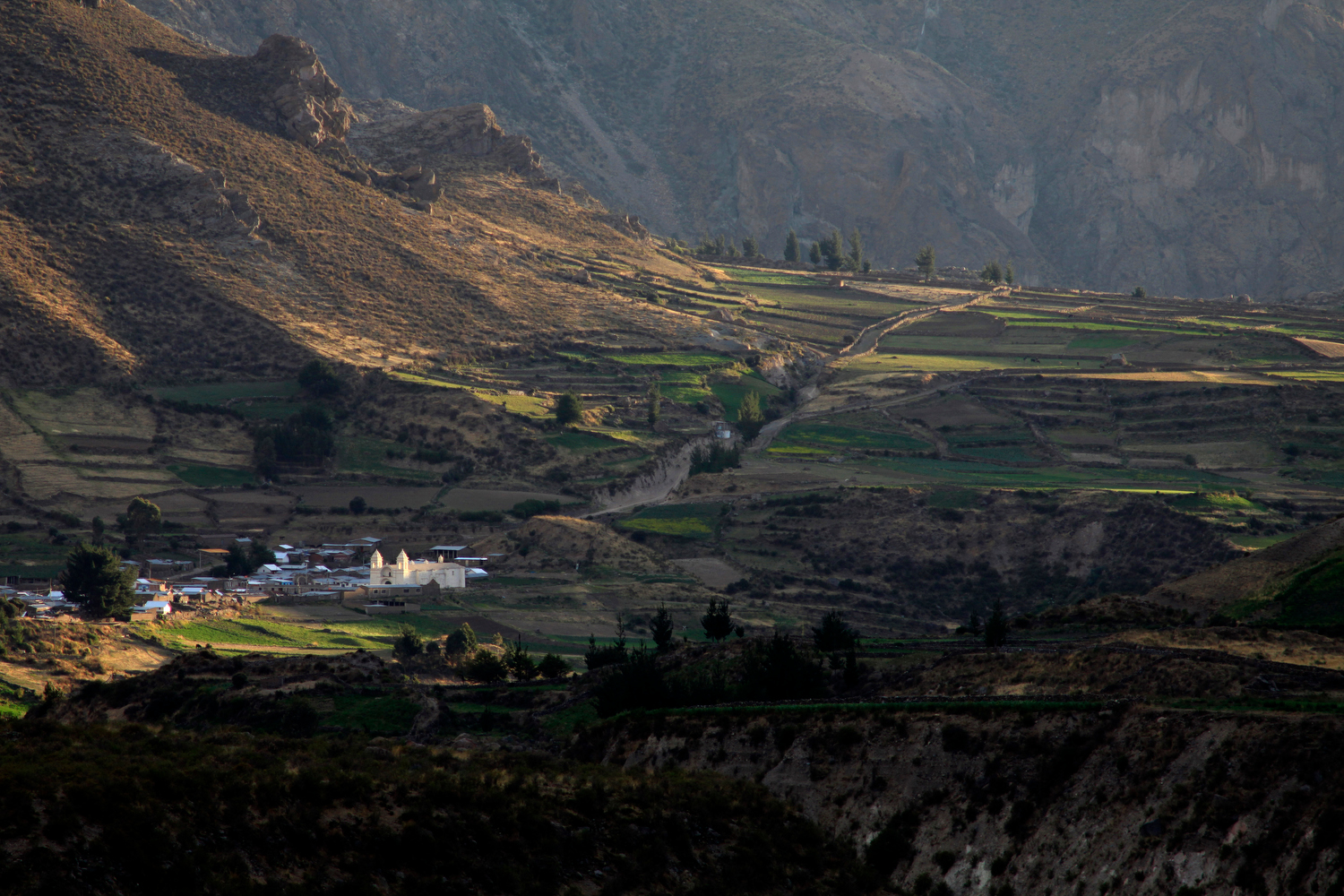 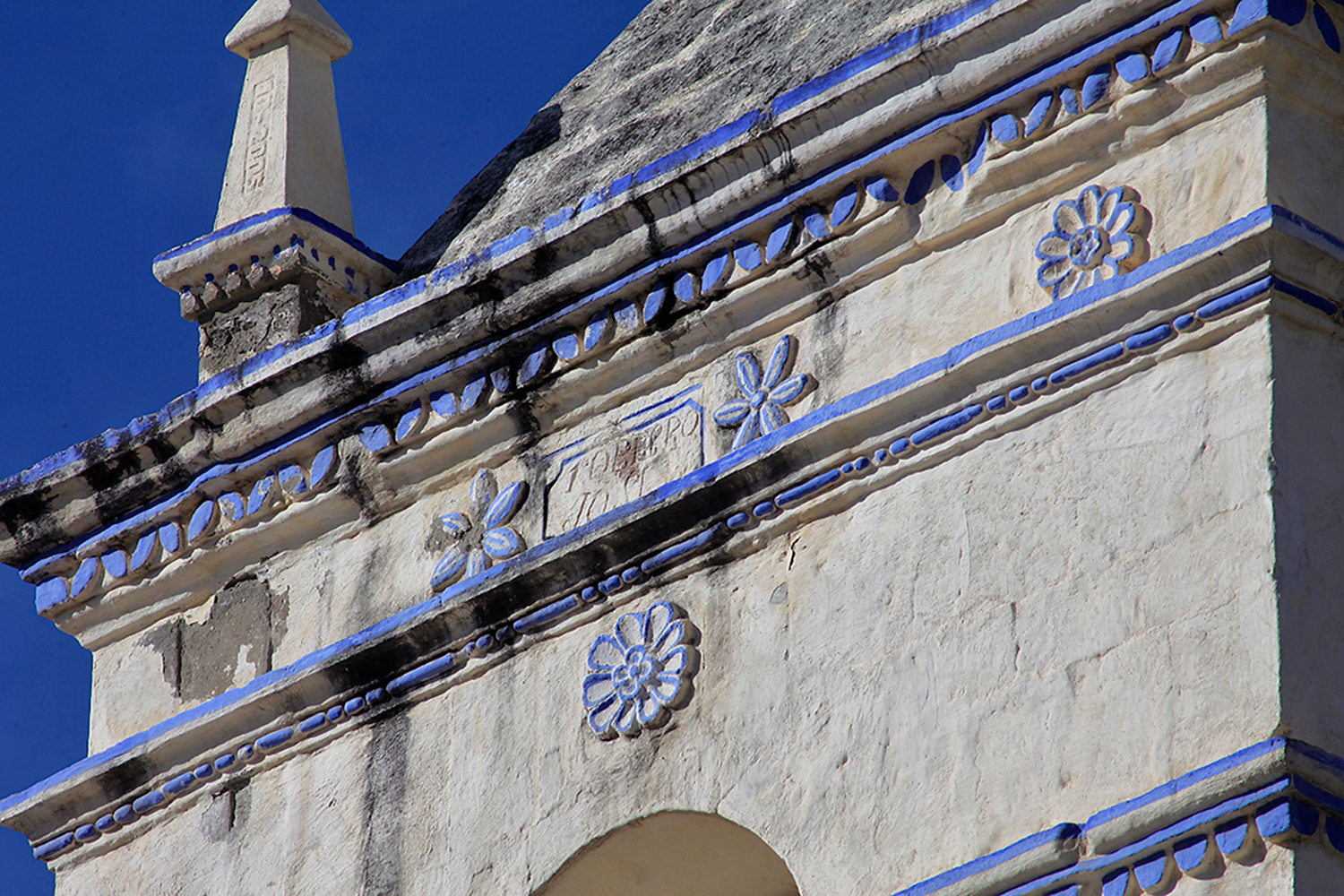 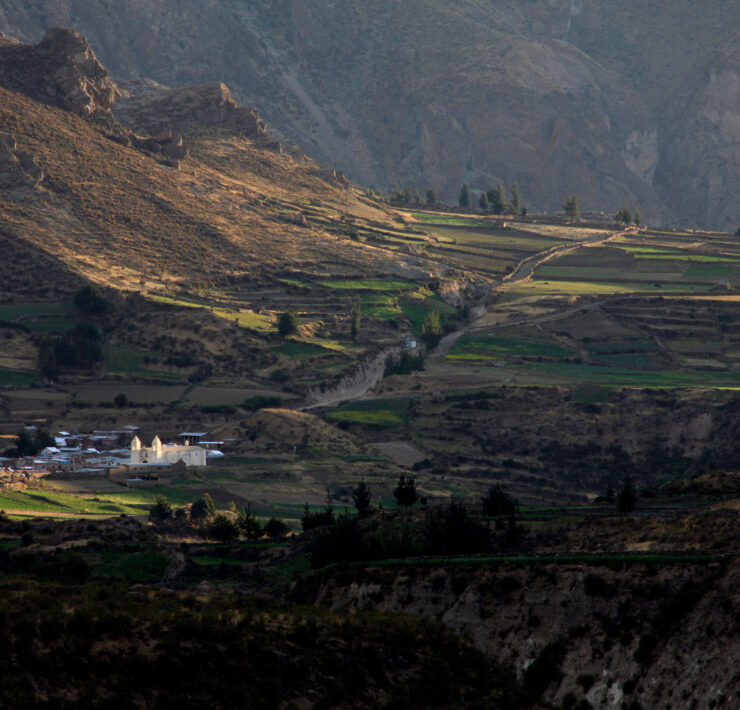 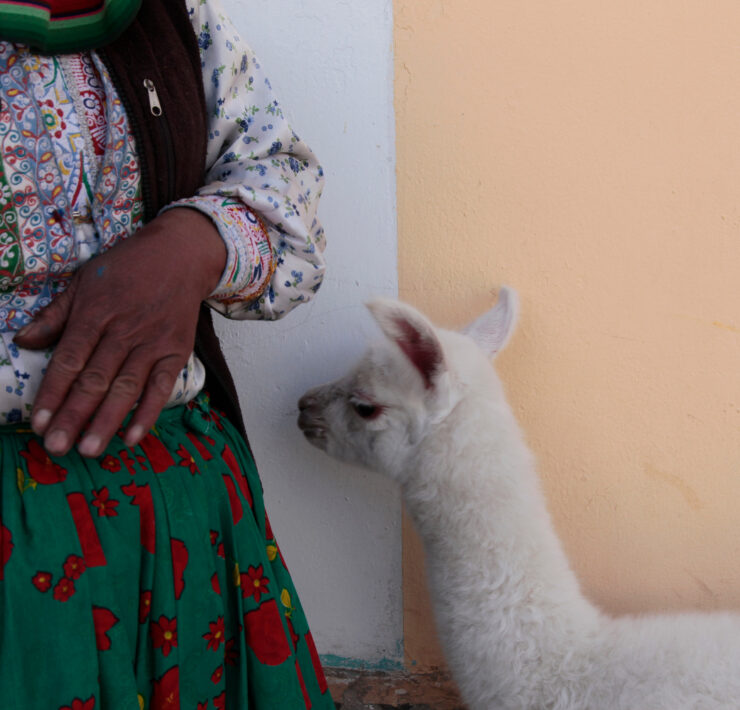 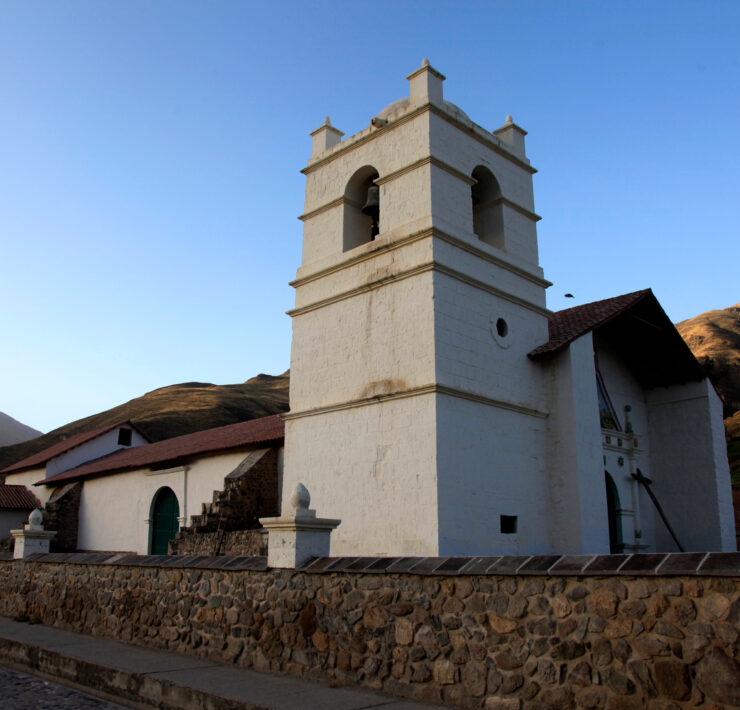 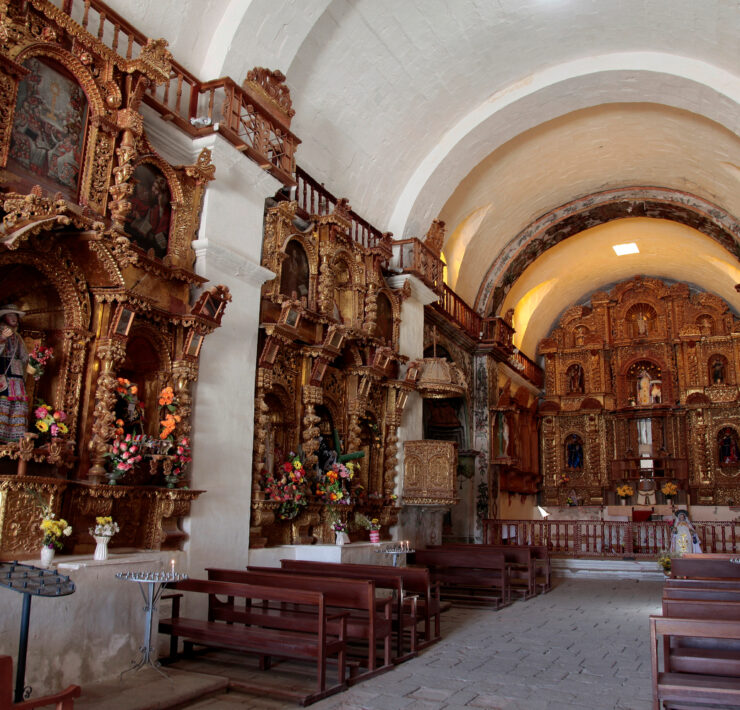 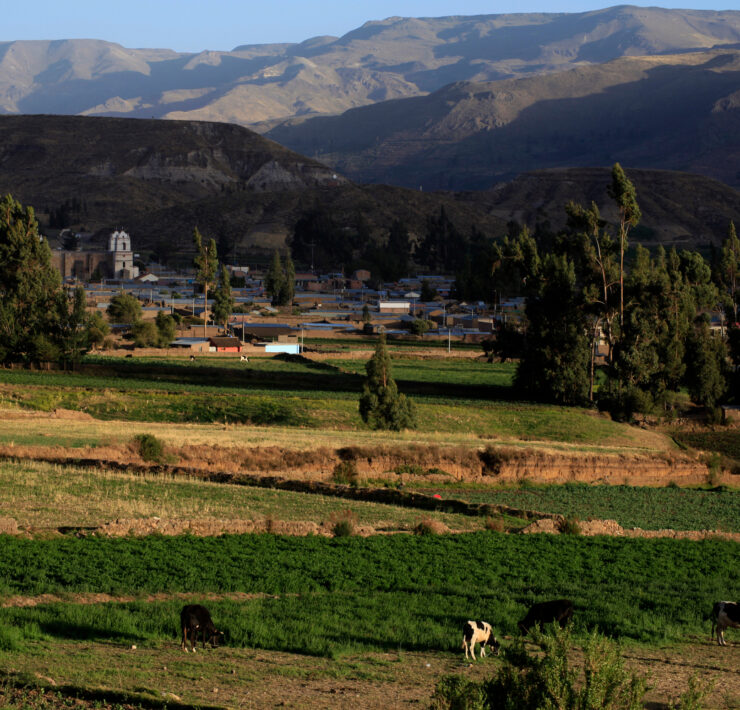 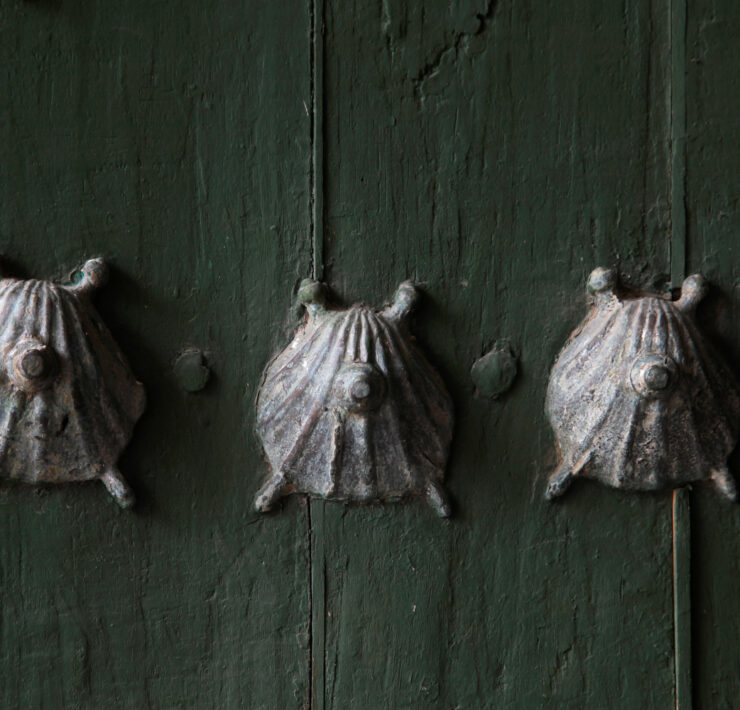 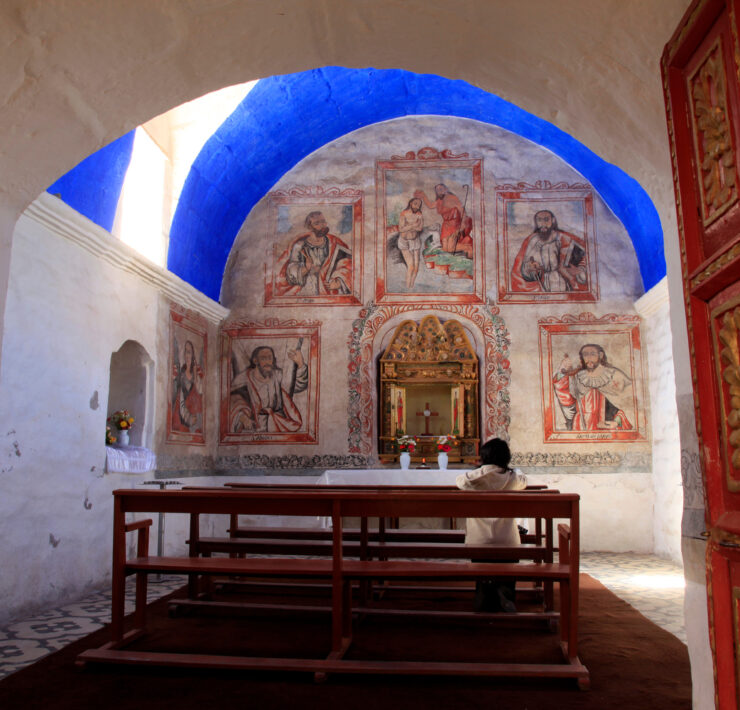 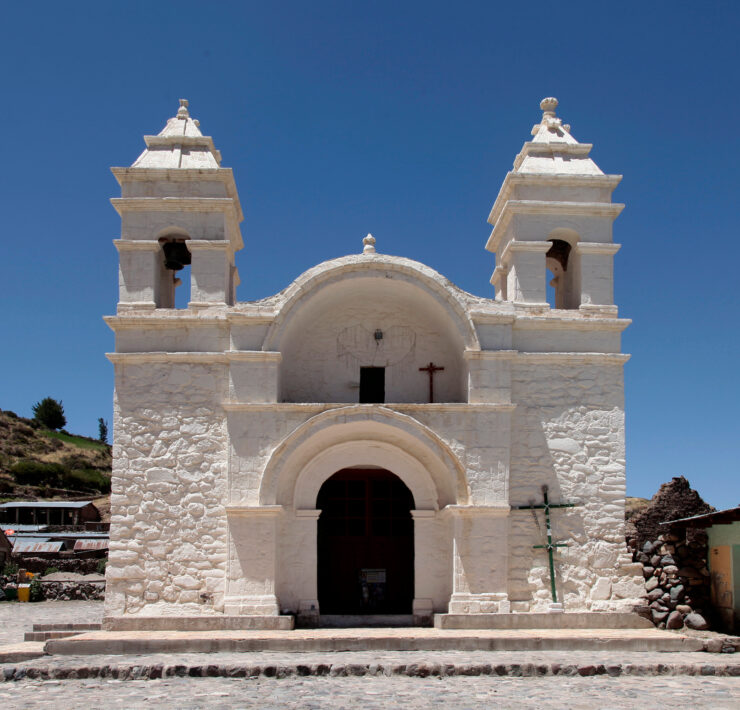 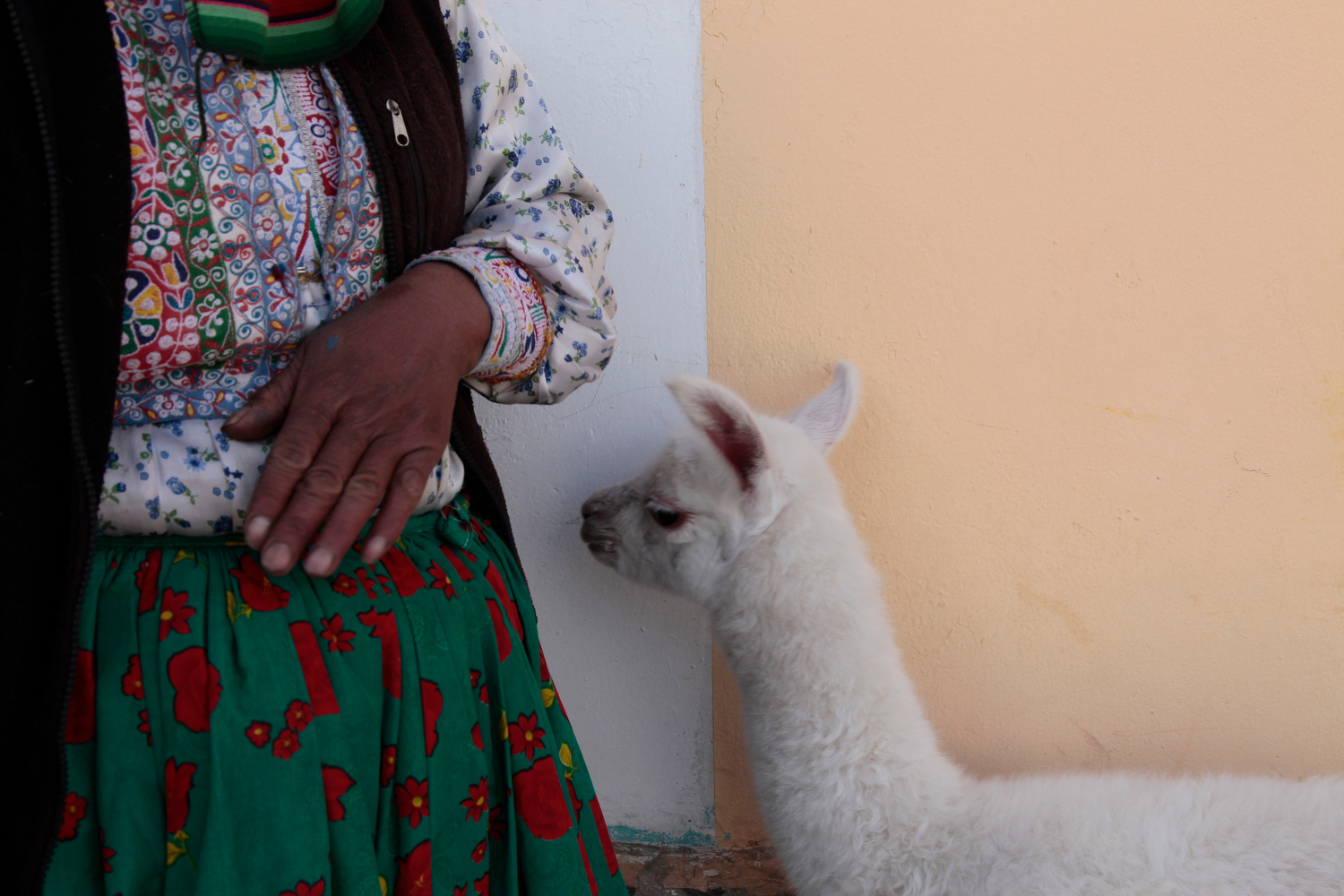 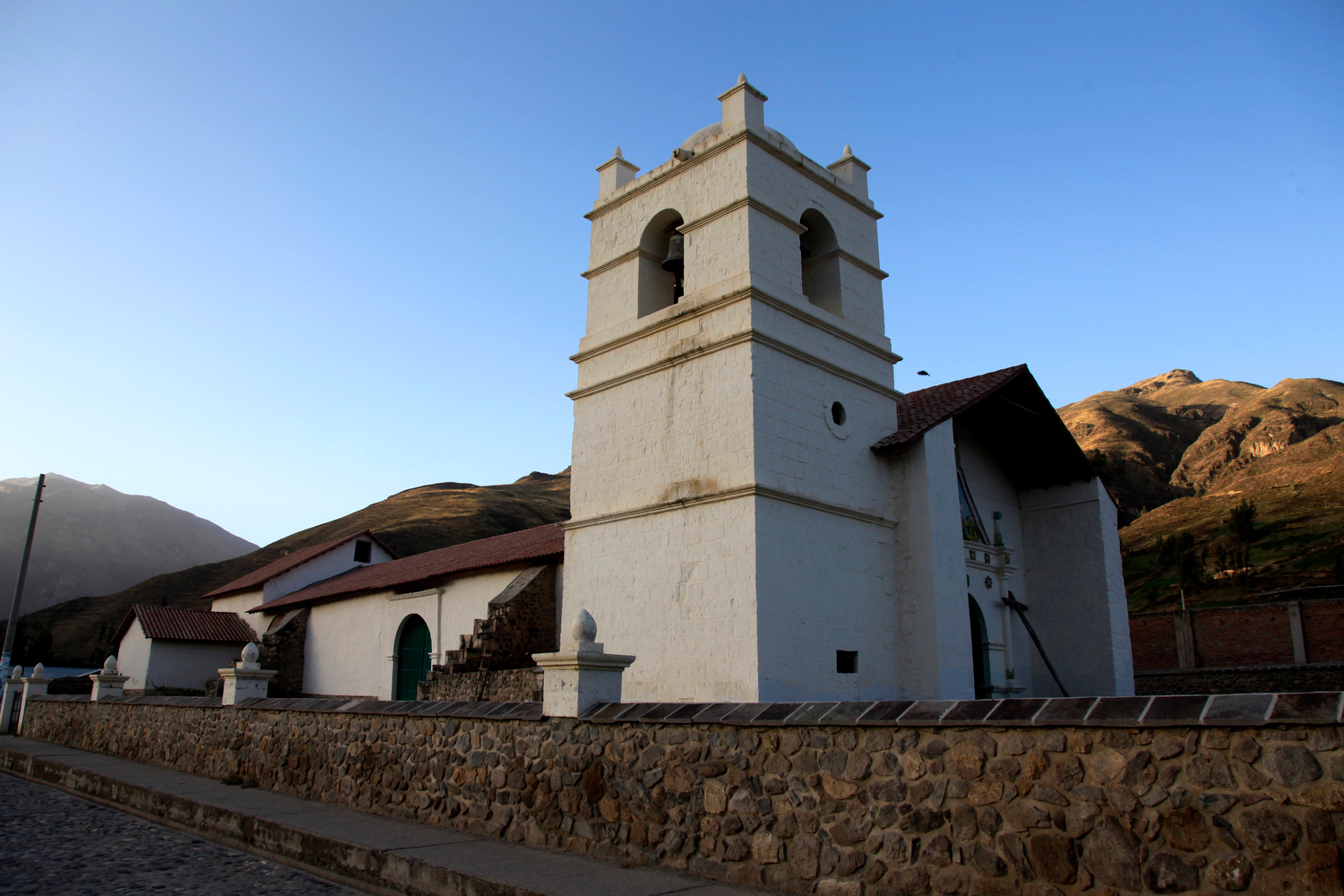 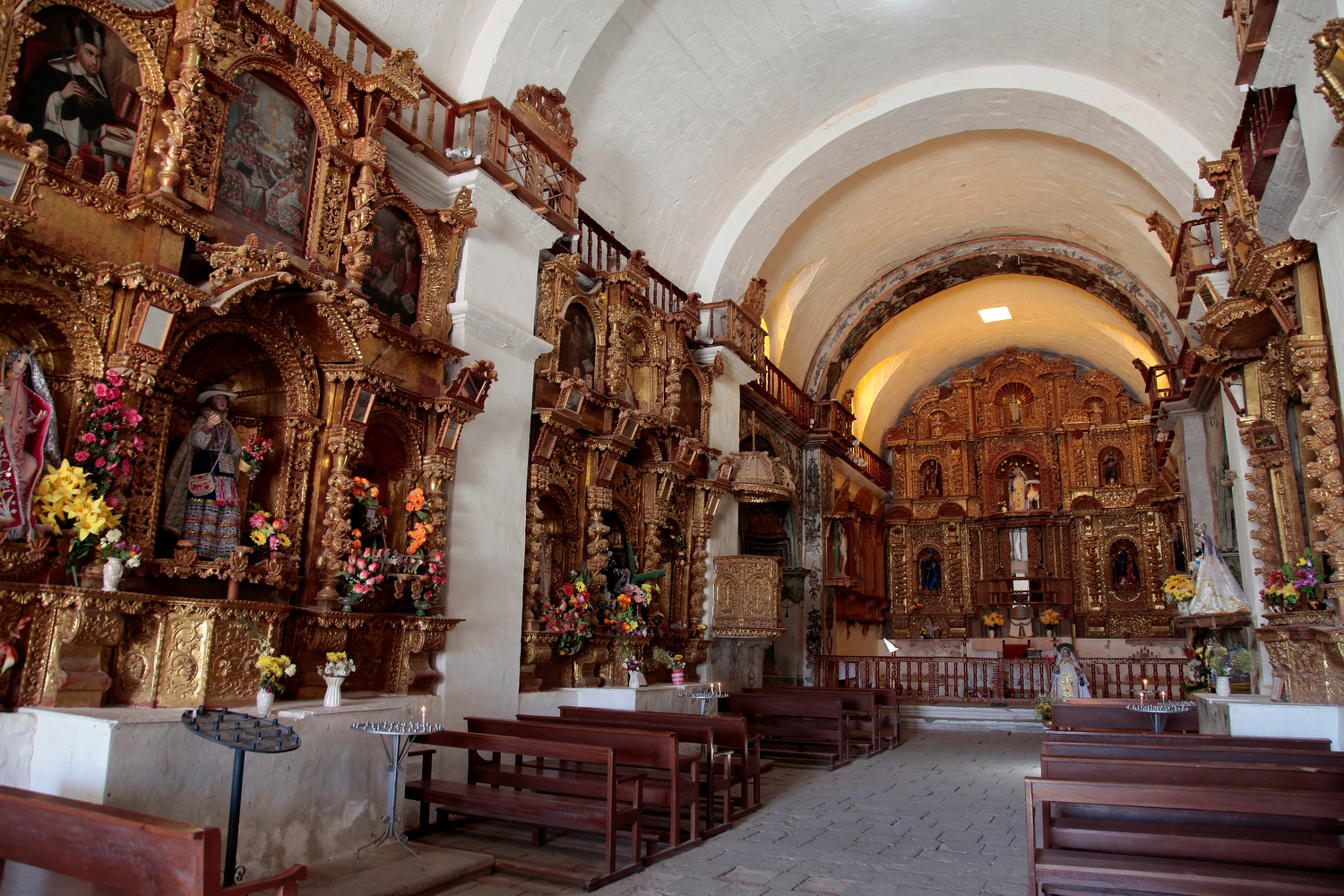 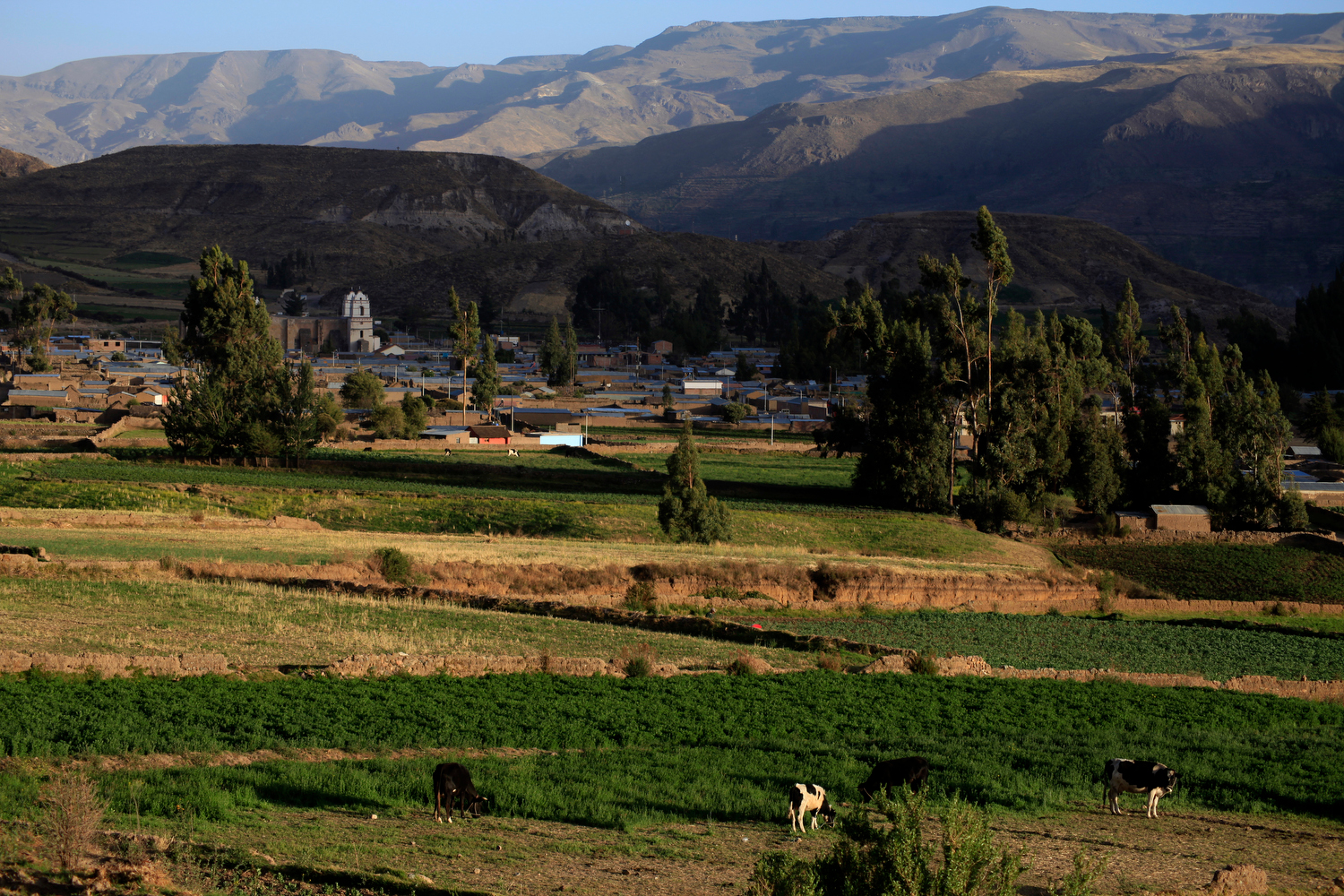 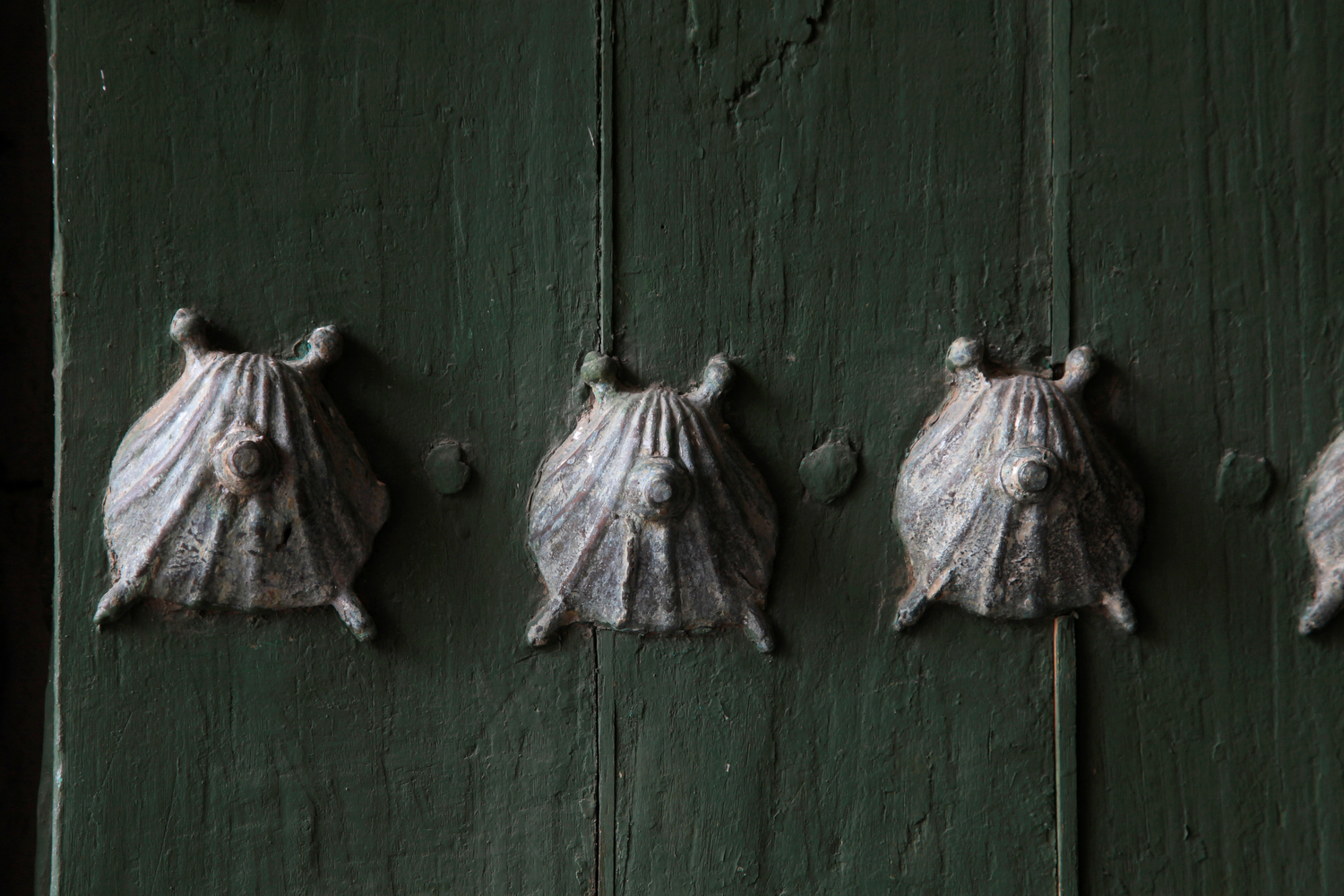 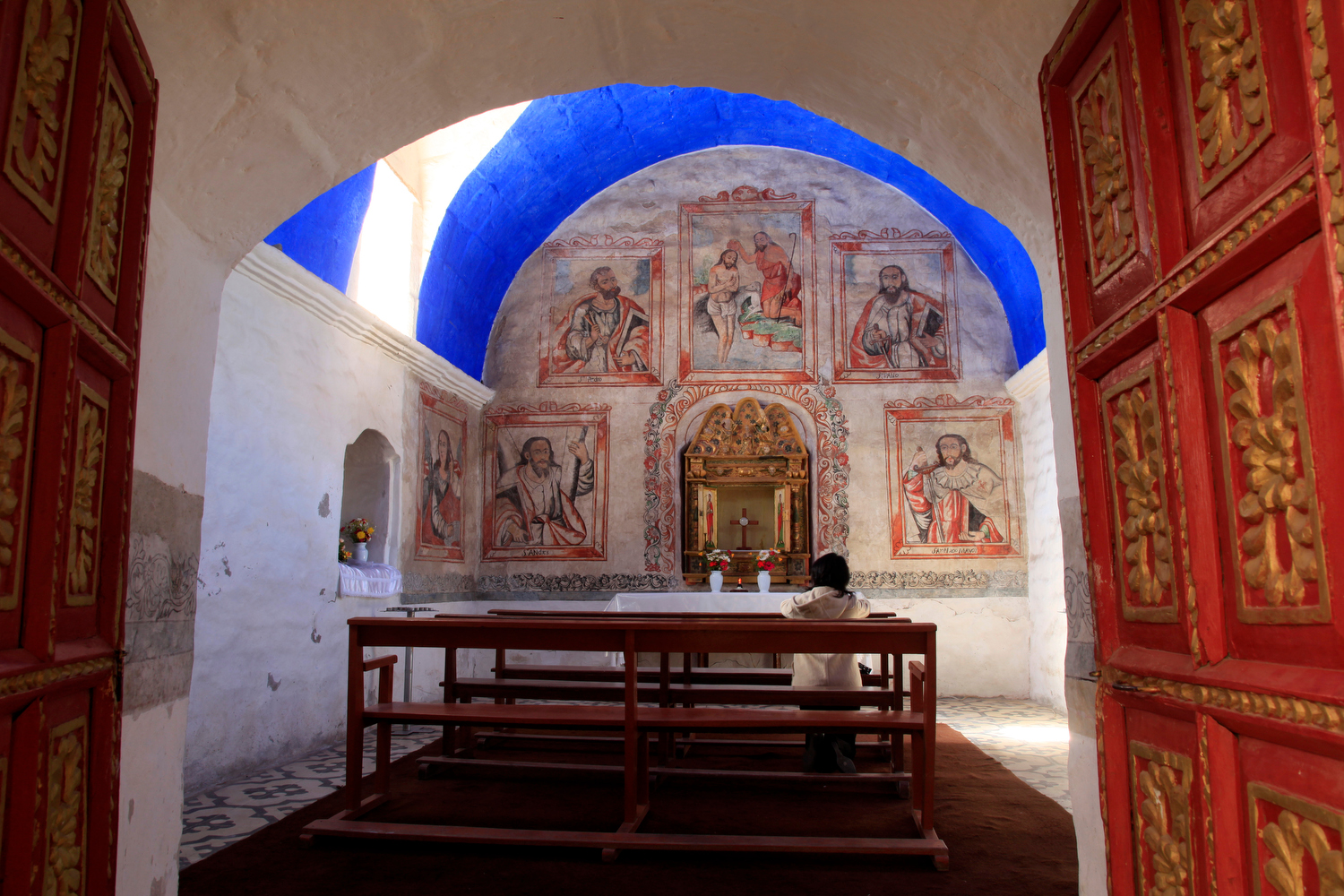 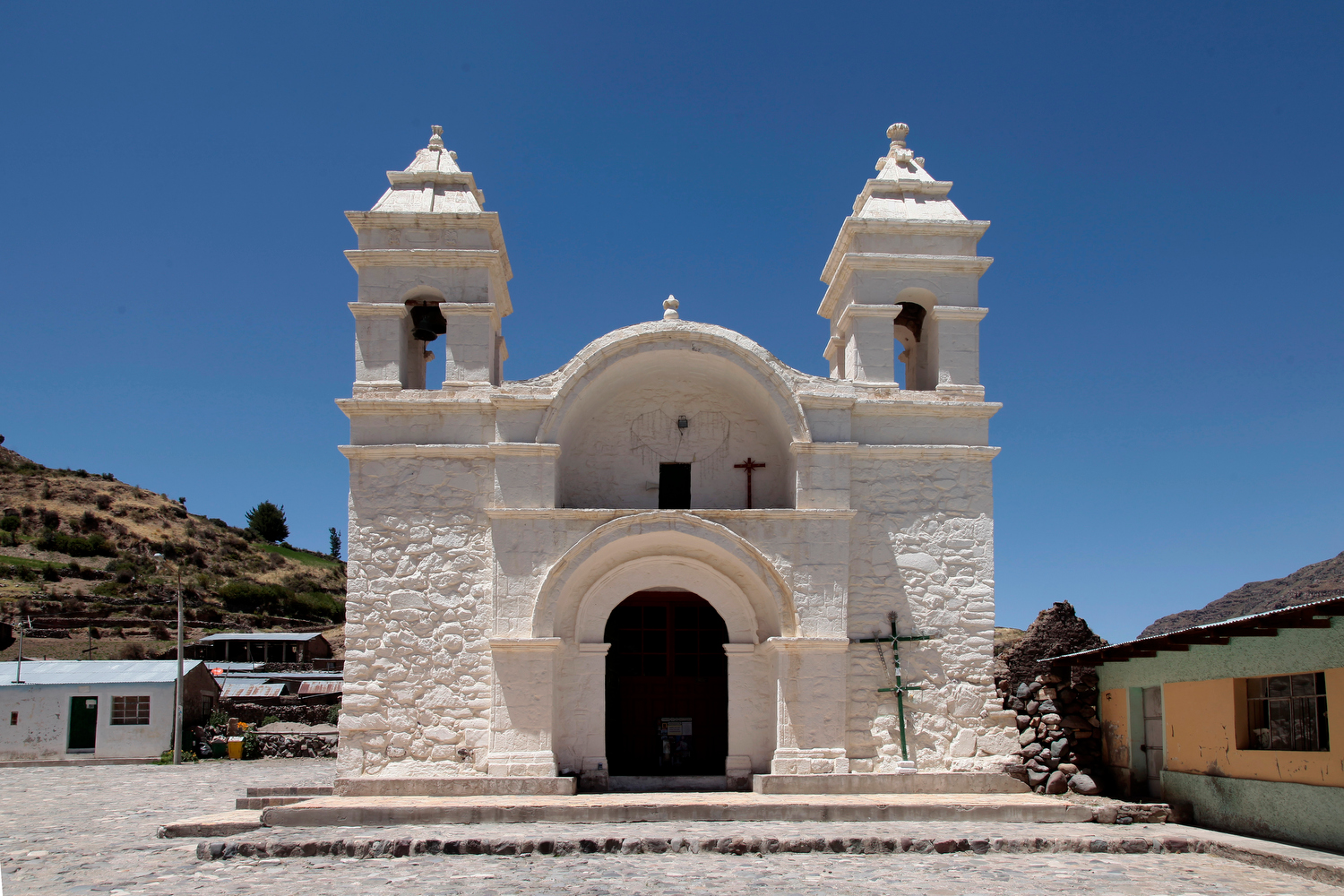 As we mentioned in our Editorial, with this article we open CAPTION’s new Travel section, a space especially dedicated to your travels around the world with camera in hand. What better than going to the heart of Peru to discover and rediscover its untamed corners?

So my mind travels to the great Colca Valley and its famous canyon. I decided to immerse myself in those ravines long before I visited them, since in my adolescence a wonderful book titled “Discovering the Colca Valley” appeared in the house. The images in that document seemed surprising to me, especially since the passion for photography and travel to remote places was being born in me.

The book with images of endless terraces between snow-capped mountains, volcanoes and deep canyons disappeared as mysteriously as it had appeared, but the photographs remained somewhere hidden in my mind. Years later I remembered that episode and then I decided to travel to the Grand Canyon on an Alpine-type expedition, that is, taking as little as possible to be able to access the most remote places without complications.

Finally, and after a three-hour trip from Arequipa and 160 kilometres of Andean puna, my partner and I arrived at the town of Chivay, which is a good base camp to explore the canyon. We stayed at the Hotel Casa Andina Colca, located a few blocks from the plaza. With a map on the bed, we decided to go see how deep the Grand Canyon was and if I could relive the images that were spinning in my mind from that distant book. A day of sun and luscious clouds as usual in December and after getting rid of the tourists who invade hotels and motocars (small motorcycles adapted as taxis with absolutely psychedelic shapes and colours) we set out to travel using the one that is for me the best method for remote places: grab a taxi.

In the Plaza de Chivay they abound and after negotiating a fair price for several days we loaded equipment and several bottles of water since the extremely dry air of the high Andes removes every last drop of moisture from the body. After a short walk and winding along the route, we became friends with our guide and driver, who insisted that the attraction of the Grand Canyon is the condors, so we set out to go after them. After an hour of travel along the cliffs and a panorama of farming terraces of Cabana, Collagua and Inca origin, we later arrived at the area called Mirador Cruz el Cóndor. Below, far below, the Colca River runs through the deep abyss and over our gaze, the imposing and steep mountains, a drop of more than 3,000 metres, an overwhelming landscape. Small trails can be seen in the surrounding hills but they end abruptly in some vertical cliffs. All this Andean landscape is nuanced with small towns that appear between mountains as small houses that are difficult to distinguish. The unavoidable song “El cóndor pasa” is heard emanating from a tourist bus, but this melody is not seductive for the feathered ones who, for this time, definitely decided not to pass. However, there is another attraction that I found more significant and attractive than the local fauna, which can be seen in glory and majesty in colder times. These are the many heritage Catholic churches and temples that treasure the small towns of the valley.

Of a peculiar mestizo Baroque architectural style, these churches are the best preserved treasure of the place since the locals, supported by international organisations, have taken on the task of preserving each temple and chapel. Thus, in each locality of the valley and despite the growth of some of the small towns, the most important building continues to be the church, which can be seen in the distance while winding through the canyon.

Most of these monuments were built in the 16th and 17th centuries, although there are later ones, such as the Ichupampa church, which dates from 1866; These are very showy constructions with their high towers made of ashlar stone. Its naves, upon entering, are spacious, with finely decorated altars and altarpieces decorated in gold leaf and painted in colours with local lands, where the images of the passion and death of Christ appear naturally, profusely accompanied by frescoes and representations of Christian saints.It strikes me that most of these relics remain open to the public almost all year round, only guarded by some devout local who enters with a handful of keys, opens or closes them at will, fortunately for me.

After a light breakfast at the hotel, charged cameras and recharged batteries, we head down the valley to the nearby town of Yanque, where the colossal Church of the Immaculate Conception of Yanque awaits us. Details appear everywhere, including the large access doors, which in this case are representations of anthropomorphic felines. All the accesses of these wonders are adorned with different motifs; some imitate seashells, others rosettes and felines. Its numerous towers and spiers are a distinctive feature, differentiating it from other churches that in the vast majority of cases only have a central bell tower. Like the one in Achoma, which is a short walk from Yanque, going down the valley. Invisible to the eyes of tourists, it seems to be less attractive but it is very beautiful, with its access arch and its rustic masonry pillars.

Following the same path towards Cabanoconde, Maca appears. She is the churches’ queen. From the moment you enter, the frescoes overwhelm you with clerical representations and finely restored gold leaf filigree. The semicircular arches plastered with caution and rigour denote the care of their maintenance. Outside, some Collagua locals, the predominant ethnic group in the valley, wear their typical costumes along with their domestic camelids.

Less than 50 km away and always bordering the cliff and the ancestral terraces, there are profuse plantations of potatoes, barley and corn, which proliferate in abundance in the lowlands. Cabanoconde has a somewhat European air, its streets are narrow with shops selling groceries and natural juices, in addition to some cafes with a terrace from where its main temple is clearly visible. Terrified, I see a backhoe in the access stands, but it was only, once again, restoration work. From Cabanoconde it is possible to access the depths of the canyon through vertiginous trails and find small hamlets that are embedded in the rocks. However, these are walks with expert guides since there have been many accidents of those who venture down those cliffs. Back in the comfort of the hotel you can continue planning visits to the other temples, but going far away I have forgotten the one 3 blocks away, the Chivay church. From the outside it disappoints due to the simplicity of its forms, however its interior is beautiful and is a sample of religious pagan colonial art, where the walls are adorned with rosettes and vines, veils and frescoes with baptismal decorations. In the quiet and silence of a side aisle, perhaps the baptistery, a villager says her prayers. Once again on the road and with our taxi driver friend, we headed towards the colonial church of Canocota, whose construction dates back to the 17th century. Its priceless relics are once again guarded by some local who acts as a tour guide.

Continuing up the valley, entering the high Andean Puna and bordering the Colca River, in which it is possible for the first time, almost in a baptismal act, to soak your feet. Already the terraces have been left behind, the landscape changes and its appearance is clearly altiplanic, a large plateau surrounded by snow-capped peaks such as Hualca Hualca, Sabancaya and Ampato, all over 5,900 metres above sea level. The air is light, but the days in Chivay have served as good acclimatisation. We finally arrived at Sibayo, a town for my taste, very Tibetan, rocky, dusty and colourful. Here it is possible to have some tender llama for lunch with a piece of toothy corn and very spicy chilli.

As is my custom, the town has a party and it’s just New Year’s. Dancers slowly arrive from all the nearby towns and the display of typical costumes and outfits begins everywhere. At the front of the great temple, which is made of claystone and has been permanently restored, receives the musicians and dancers. Trombones, piccolos, cymbals and trumpets celebrate the year that is gone and the one that is to come. The San Juan Bautista de Sibayo temple is happy and perhaps the souls of the inhabitants of the indigenous cemetery that is on one of its sides are also happy, perpetuating the custom of a pagan religious celebration of colours and festive music.

The next day, with our heads and memory cards full of Andean dances and colours, we headed towards perhaps the northernmost of the churches, the distant Callalli or San Antonio de Padua de Callalli. It is located at the end of the canyon in the department of Arequipa. It is a huge temple with two stone towers built in the shape of a cross. Due to its remoteness, it has not received the same attention as other temples in the valley below, however its state of conservation allows it to be opened to the public. During the following days I visit other temples, perhaps less striking but equally very interesting; the simple Madrigal, or Lari that dates back to 1886 so well restored and preserved, or the solitary Ichupampa with its bluish fillets contrasting with the lime white of its domes. Little Tuti guarded by a loving old woman, or the church of Coporaque, made of square stone that looks more like a fortress. The book “Discovering the Colca Valley” had fulfilled its objective for me, but I still had to photograph the passage of the condor.

Ricardo is the photo editor of CAPTION Magazine and lives in the Ñuble area in southern Chile.  His articles have been published in many magazines and books such as: National Geographic Magazine, National Geographic Traveler, Traveller (Ukla), Navigator Magazine, GEO, Origo, The New York Times, Herald Tribune, Americas Magazine (OEA) among others.